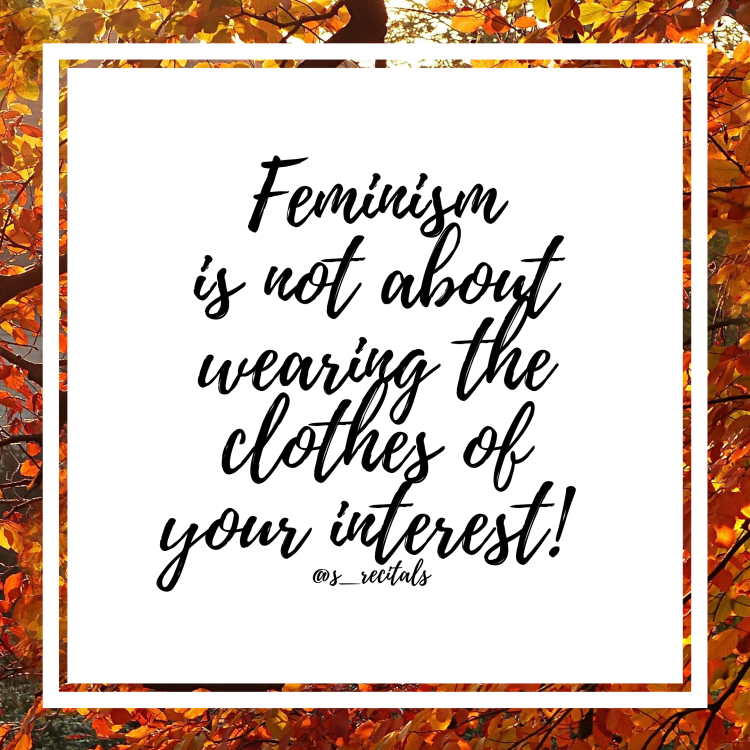 I was triggered to write on this widely debated topic as I myself was so confused for a very long time about the core principles of Feminism. Was it just about the right to wear the clothes of one’s interest? 🤯

Being a Literature graduate, I feel completely aware of what I am putting into words in this Article. I’ve come across the topics First, Second and Third Wave Feminism in the “Socail History of England” paper. I must say that it was pretty interesting to finally be enlightened with the actual facts of Feminist movement. And from the knowledge that I’ve gained there, I’ve written this article.

If you see yourself agreeing with these points, try also to acknowledge the time period that we’ve been misconceived with wrong notions about Feminism. Shame on us. And if you disagree, and you are offended by this article; then kindly know that you are ignorant towards the facts.

Now, getting into the “facts,” in early 90 and 20s Women fought for their rights. Their long cry for equality was seemingly unheard and hence they decided to get on the road once in for all. Their major demand was the right to vote, consideration of their suffrage ( to reduce women’s working hours as in a week), their role in the society and to eradicate cultural inequality.
But, Women of today are using the term “Feminism” to defend the way they dress and their act. Feminist movement actually focused on the rights of both men and women. It’s pretty clear in the prospects of 1st, 2nd and 3rd Wave Feminist movement.

Without complete knowledge on the aim of Feminism movement, one shouldn’t take it in hands; to defend their action.

Women and Men can wear whatever they choose to wear, it’s their basic right. And none can question them unless or until their code of dressing seems to offend the culture and the beliefs of the Nation.( Eg; Some parts of the Middle East they still have rigid dress codes for every Women even the foreigners. )

And thus, to everyone out there, do what your heart desires and wear what you want on your body but don’t call it “Feminism.” Because, it’s more than that. 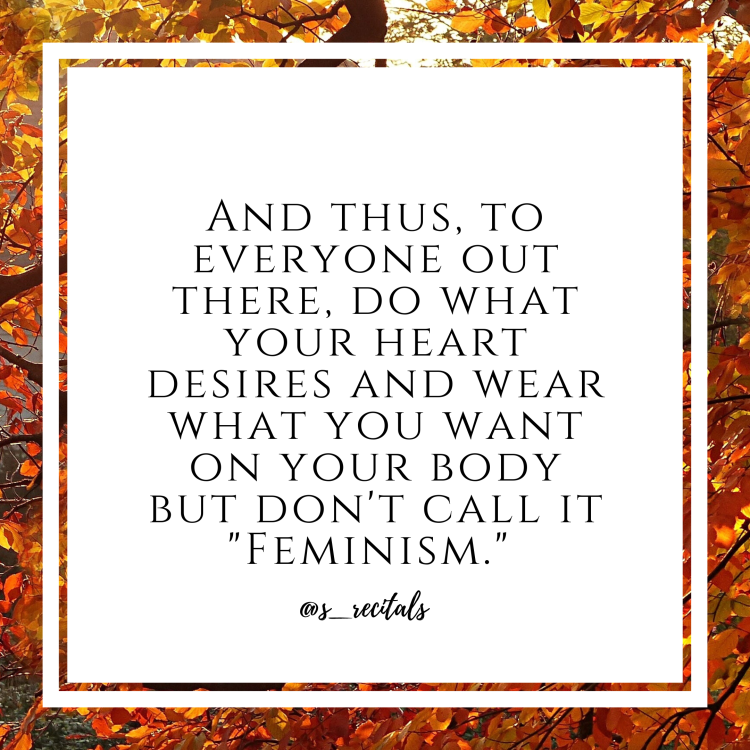 From a fellow Woman, with solidity and 75 percent in Social History of England, ( it’s actually considered to be too good to score 70+ in any Literature paper! LOL)

The typical daddy's girl trying to explore herself through the World of Writing, Words and Books! View more posts